Go to top
Go to top

Cherif Soumano is a rising star of the kora; he offers music of his time while being deeply rooted in the traditional repertoire that his father transmitted to him in Mali. He has performed with Dee Dee Bridgewater, Tiken Jah Fakoly, Roberto Fonseca, co-founded the World Kora Trio, and recorded for Marcus Miller. He is undoubtedly one of the most talented and promising kora players of his generation by his ability to communicate musically with all types of music, not to mention his exceptional virtuosity coupled with great expressiveness.

Shahnawaz Khan is quite an unusual classical Indian musician, playing various styles on modern guitar with unique technique and incredible ease. Accompanied by the young talent Shahbaaz Khan at the tabla, they will present their respective traditional repertoire as well as some pieces resulting from their collaboration with the Alliance Française de Delhi.

About InChorus
InChorus is a musical platform in collaboration with a young organization Kalasetu, which is a cycle of musical meetings for the promotion of traditional South Asian performing arts and exchanges between Indian and French artists. It is a platform for the promotion of promising young musicians of all genres, Indian and French through residencies, concerts, meetings, and workshops. The idea of ​​this platform is to encourage a talented Indian musician to participate in the development of a musical project or to strengthen an already existing collaboration with a French-speaking artist. 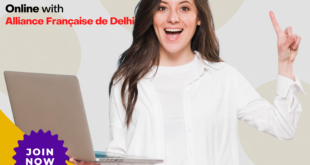