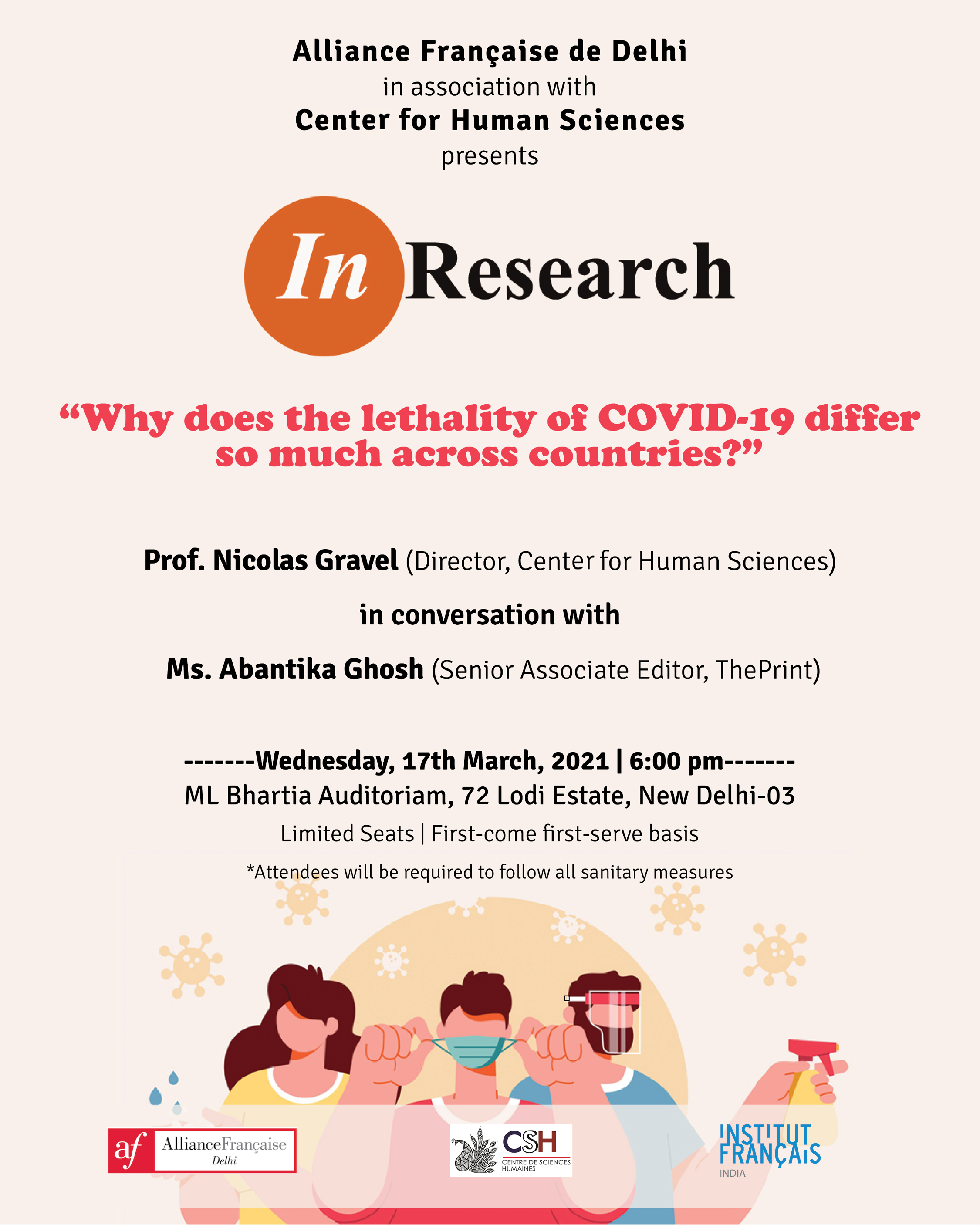 Alliance Française de Delhi in association with the Center for Human Sciences presents [In] Research on “Why does the lethality of COVID-19 differ so much across countries?”

Nicolas Gravel was born on April 21 1964 in Accra (Ghana) as a Canadian citizen. He obtained a Bachelor degree in Political Science and economics at the University of Montreal in 1986, a Master degree in economics at the same university in 1989 and a Ph. D. in economics at University of British Columbia in 1993. He has been research fellow at the Université Catholique de Louvain (Belgium), professor of economics at university of Sherbrooke (Canada), Maître de conférences at the Université de Cergy Pontoise (France) and, after being ranked 4th at the national French Agrégation exam, became professor of economics first at university Paul Valéry (Montpellier III) and then at Aix-Marseille University (after October 2002). From September 2004 to 2007, he has been under deputation at the French Ministry of foreign affairs where he worked as a researcher at CSH Delhi. He then got back to Aix-Marseille University from 2007 to 2017 as a professor of economics. Nicolas Gravel’s main field of expertise is public economics, broadly defined as the branch of economics that examines the causes and the consequences of public intervention in the economic sphere. His recent research themes include the measurement of inequalities, poverty, and social mobility, the analysis of processes of human group formation, tax competition, contribution to public good and decision under uncertainty. He has published about fifty research articles on these themes in various journals, including the American Economic Review, Journal of Public Economics, Economic theory, Journal of Economic Theory, and Social Choice and Welfare.

“A journalist for 20 years, Abantika Ghosh is passionate about public health and popular science communication. After graduating from Presidency College, Kolkata, she did her masters in Physiology from the University of Calcutta and has worked in The Statesman, The Times of India and The Indian Express in the past. Currently, she is a senior associate editor ThePrint where she heads the health team. She is a fellow of the East West Centre and also of the US State Department under the International Visitor Leadership Programme (IVLP Global Health 2018). Her upcoming book “Billions Under Lockdown” published by Bloomsbury chronicles India’s fightback against COVID19 while also diving into the science behind the pandemic, the uniqueness of India’s response to it and the lightning speed of vaccine development.” 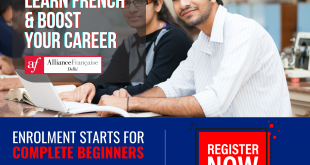