Women in pre-historic times through the medium of ‘Rock Art’ Under the framework of the Gender Equality Series, Alliance Française de Delhi presents a webinar on women in pre-historic times through the medium of ‘Rock Art’.

She has devoted nearly thirty years of her life to the discovery, study, publications, exhibitions, workshops, and protection of Indian rock art. During her many years of fieldwork, she discovered dozens of new painted sites, mostly in Madhya Pradesh (particularly in the Pachmarhi area about which she did her Ph.D., under the National Fellowship of UGC, NET). Madhya Pradesh is the richest state for the rock art sites in India, but also in the different states, such as Chhattisgarh, Rajasthan, and Ladakh.

She was awarded the high honor of ‘Chevalier des Arts et Lettres’ -Knight in the National Order of Arts and Letters- by the French Minister of Culture and Communication in 2014. Awarded Patrimonies de la bourse for 2019, with Ministry of Culture, France. She is a Wakankar Senior Research Fellow.

She is an International Expert member for rock art with ICOMOS and UNESCO, and she is a member of the Bradshaw Foundation Advisory Board (England) and Rock Art Network, Getty Foundation (USA).

She has visited more than 40 painted caves in Europe and many rock art sites in different countries. She has given many lectures on Indian Rock Art and Tribal Art in various National and International Universities and Museums. Film on the “Central Indian Rock Art and tribal art “, based on her research work, screened and awarded in the International Archaeology Film Festival in Nyon, Switzerland. March 2019.

Currently involved with research projects on Central Indian Rock art and Ethnic culture. Her scientific concerns are now mostly related to prehistoric rock art, in particular to its preservation and recording, the study of its archaeological context (to put it in a better anthropological and cultural perspective), and finally -and even mostly- the problems of epistemology and the search for meaning.

Adrien Roche is from Paris, France where obtained his Masters’s in History at Sorbonne University. He then assisted world-acclaimed photographer and filmmaker Raymond Depardon on several of his films.

Based in India since 2006, he has been working as a freelance producer for Independent Indian Filmmakers as well as for documentaries commissioned by European channels such as Arte, France Televisions, ZDF, YLE etc.

With an experience of working on 40+ films over the last twenty years, Adrien has built an extensive knowledge base of the sub-continent’s history, society, and cinematic landscape. Insatiable traveler and able to converse in six languages, passionate about Archeology and Anthropology, he also occasionally teaches Indian History, with a keen interest in the Prehistoric and Modern Periods.

His photo-essay book, “Left Behind”, on the disappearance of the communist symbols on the walls of Kolkata, is distributed in France and India. His short film, “Lakeside”, was selected in the Visions Du Réel Film Festival 2018. Based out of Goa, he’s currently writing a narrative non-fiction book about Central India’s history.

Program open to all | No Registration required 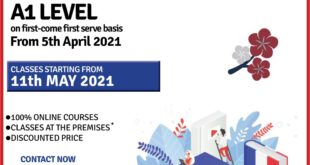